The Boston Navy Yard, originally called the Charlestown Navy Yard and later Boston Naval Shipyard, was one of the oldest shipbuilding facilities in the United States Navy. The yard built the first U.S. ship of the line, USS Independence.

When the Charlestown Navy Yard closed in 1974 after nearly 175 years of serving the fleet, 30 acres became part of Boston National Historical Park. The National Park Service now maintains an important part of the ship yard, and as part of the Park Service's interpretive program, USS Constitution, in connection with the United States Navy, and USS Cassin Young are preserved as representatives of the kinds of vessels built in this yard. 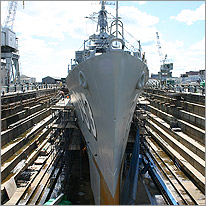 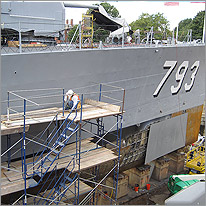 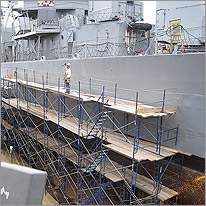 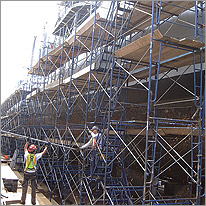 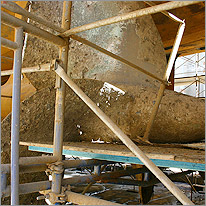 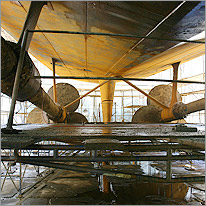 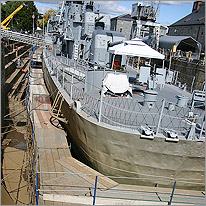 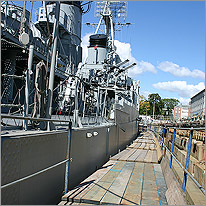 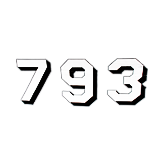 After serving in World War II, including the Battle of Leyte Gulf and the Battle of Okinawa, the Cassin Young continued in active service until 1960. She is preserved today as a memorial ship, berthed at Boston Navy Yard in Massachusetts, across from the old warship the USS Constitution.

Commonwealth Scaffold is a Greater Boston based company founded in 2007 with a safety and solution oriented approach to erecting scaffold.

Safety Is Our Mission

Commonwealth Scaffold brings safe and innovative solutions to complex construction sites that have challenging builds. No matter how difficult the surroundings we work with your crew to quickly provide a safe environment for your workers to reach your goals.

Please feel free to contact us with any question or concerns. Inquiries for sales both commercial or residential are always welcome.